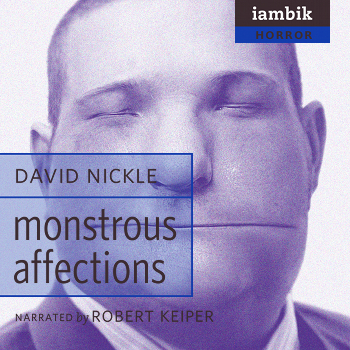 A young bride and her future mother-in-law risk everything to escape it.
A repentant father summons help from a pot of tar to ensure it.
A starving woman learns from howling winds and a whispering host, just how fulfilling it can finally be.

Can it be love?

Mrs. Sloan had only three fingers on her left hand, but when she drummed them against the countertop, the tiny polished bones at the end of the fourth and fifth stumps clattered like fingernails.

"Bleak, stark and creepy, Stoker-winner Nickle's first collection will delight the literary horror reader . . . 13 terrifying tales of rural settings, complex and reticent characters and unexpected twists that question the fundamentals of reality. All are delivered with a certain grace, creating a sparse yet poetic tour of the horrors that exist just out of sight . . . This ambitious collection firmly establishes Nickle as a writer to watch."–Publishers Weekly (starred review)

"A perverted version of Alice Munro country . . . These stories work so well in part because of Nickle's facility with the language of the place he's created."–Quill & Quire (starred review)

Visit the publisher's page
Buy the print book on Amazon.com
Visit the book page on Indiebound
Buy this title on Audible.com