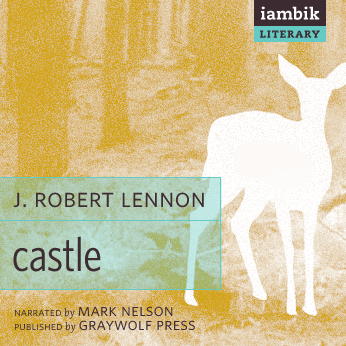 “In the late winter of 2006, I returned to my home town and bought 612 acres of land on the far western edge of the county.” So begins, innocently enough, J. Robert Lennon’s gripping and brilliant new novel. Awkward, guarded, and more than a little adamant about his need for privacy, Eric Loesch sets about renovating a rundown old house in the small, upstate New York town where he spent his childhood. When he inspects the title to the property, however, he discovers that there is a plot of dense forest smack in the middle of his land that he does not own. What’s more, the name of the person it belongs to is blacked out… The answer to what—and who—might lie at the heart of Loesch’s property stands at the center of this daring and riveting novel from an author whose writing, according to Ann Patchett, “has enough electricity to light up the country.”

In the late winter of 2006, I returned to my home town and bought 612 acres of land on the far western edge of the county.

“[Lennon] methodically baits readers with mystery and the macabre until the hook is set and then yanks it back with a vengeance….Here, the surprising denouement packs a powerful and brutal punch.” —Publishers Weekly, starred review

“Clever and insightful, [Castle] compels the reader to solve a series of riddles that reveal the emotional rationale underpinning our most despicable behavior.” —Dallas Morning news

“This strange, visionary novel takes on no less harrowing a subject than the wages of Terror on the ordinary human psyche. Even as your sense of complicity builds, you can’t stop turning the pages.” —Kathryn Davis